What does the number of Coins you hold say about you? First, I asked about the motivation for being in crypto. Here we find a pretty clear pattern: the frequent coiners find technology exciting, while the maximalists believe in hard money. This contrast is so strong that technology is least important to maximalists and hard money to frequent coiners. 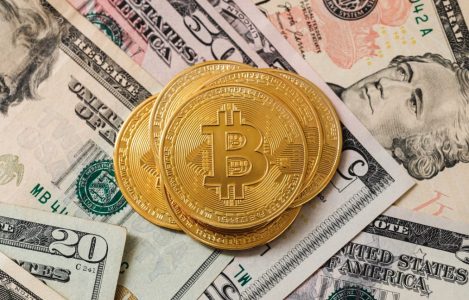 This is unsurprising, as frequentcoiners belong to older generations, where interest in technology is much more pronounced. Still, I would not have expected such a strong difference. In contrast, both groups agree that crypto appeals to them because of monetary autonomy, and that financial privacy is much less important. That these two components of the “Bitcoin ideology” are equally (or weakly) valued in both groups is again surprising to me.

Mild differences between the two remaining items are probably too weak to derive a serious statement from. How do you use crypto? We also find very significant differences when asked how you use Crypto. The following tables show the values in absolute numbers; to be able to compare them, I converted them into percentages.

More than half of the Vielcoiners trade very often or often, while not quite 20 percent of the Maximalists do so. However, both are above the average of all participants of 13.3 percent. Both groups keep their hands off margin trading [1] for the most part, even if the number of frequent coiners (77 percent) is slightly lower than the number of maximalists (85 percent).

In both groups, 23 percent and 24 percent respectively use their own wallet very frequently. This puts both groups slightly above the average of 21.4 percent for all participants. We also find only slight differences in the other data – often, sometimes, rarely, never – according to which frequent coiners use their own wallet slightly more often. But that could also be noise.

When it comes to Lightning [2], the maximalists are ahead: almost 10 percent of them use the offchain network very often, while 69 percent never do. The frequent coiners might scoff that Bitcoin is impossible to use without Lightning. Among them, not even 3 percent use Lightning, but surprisingly, also not quite 69 percent never. Relatively many frequent coiners use Lightning rarely or sometimes. At least the “never” values of both groups are about the same as the average of 70 percent. In other words, maximalists ignore Lightning to the same extent as everyone else, but when they do use it, they use it more often.

Similarly, frequent coiners love DeFi: 20 percent use it very often. However, 43 percent do not use it at all. DeFi is apparently used all the time or never. Among bitcoin maximalists, we do have a small portion, less than 10 percent, who sometimes use DeFi, but 88 percent never. That was to be expected.

One may be surprised, on the other hand, that the maximalists ignore the Liquid sidechain for Bitcoin, after all a product of the maximalists’ champions, Blockstream, just as they ignore DeFi. And one may be equally surprised that the share among frequent coiners who never use Liquid is even lower than among maximalists, at 82 percent.

I did not expect that a product that was explicitly developed to make altcoins obsolete would be better received by altcoiners than by maximalists.

Maximalists shine with full nodes [3]: 23.8 percent of them use their own full node very often, and only 59.5 percent never. This means that 40 percent of the monocoiners have a full node, which is quite a proud rate. As expected, slightly more of the frequent coiners (66 percent) do not use a full node. But even here, the rate of those who provide peers on the network is surprisingly high.

Let’s summarize before we leave the topic: Frequentcoiners trade more often than maximalists and use Ethereum and DeFi much more often. Maximalists, on the other hand, use Lightning a bit more often, the two groups don’t give each other anything when it comes to their own wallets and full nodes, and the Liquid sidechain is a bit better received by frequent coiners. 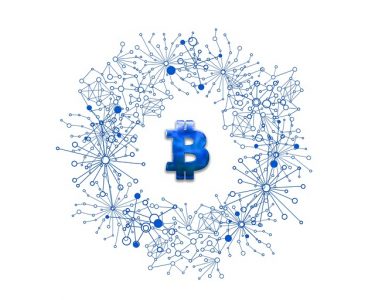 Now we’re going to take a look at social theory: What does the number of coins you hold say about your attitude to life in general? Is there a correlation here? The first question was what makes you happy. Both maximalists and frequent coiners put health at the top of the list and God at the bottom. This is in line with what the entire group answered.

In between we have some small but subtle differences. One could conclude that frequentcoiners are more social people than maximalists, as they rank love, family and friends higher than maximalists, for whom friends are also important, but for whom art/culture and nature rank higher than love and family – setting maximalists apart from the average survey respondent.

Money is surprisingly unimportant to both groups – surprising because this is a blog about digital money – though it probably makes the frequentcoiners a bit happier. As a sort of control question, I asked what is most important to you. This also out of personal curiosity to see if the answers differed from those about happiness. This led to some interesting differences, but they roughly correspond to what we already found for the basic population.

In general, we find somewhat larger deviations among maximalists, but this could also be due to the fact that the group is smaller. Or is duty more important to maximalists than pleasure? In other words, that what makes them happy is less important to them than idealistically valuable things? In any case, money and nature are devalued in both groups, while family and faith are upgraded.

Your answers about love are fascinating: While the Vielcoiners find more happiness in love, it is more important to the Maximalists. Could this speculate that frequentcoiners are more likely to be in stable relationships, while maximalists tend to still be searching? Could this be due to age differences? 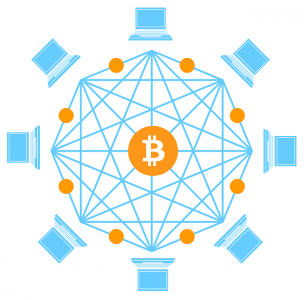 I asked three questions to find out how important freedom, security and money are to you. My assumption was that maximalists are more ideology-driven and thus vote more strongly for freedom. However, both groups largely agree on the questions. Maximalists care a little bit more about freedom than frequent coiners, who care significantly more about security. This could confirm my thesis – but raises doubts as to how the higher need for security of the frequent coiners is compatible with their higher trading activity. Money, on the other hand, is least important to both groups, a bit less to the maximalists, consistent with the previous section.

I then tried to narrow this question down to a duel between freedom and security. To do this, I put two sentences in front of you and asked how much you agree with them. In both groups, we find strong agreement that we need more freedom and strong disagreement that we need more security even at the expense of freedom. There is little difference between the two groups.

Finally, I tapped how strong your distrust of political and economic elites is. The underlying assumption was that you adhere to a more liberal worldview and therefore trust economic elites more than political ones. So far, the presumption of your liberal outlook has been confirmed when you consider freedom to be much more important than security.

But at least among maximalists, it now appears that distrust of economic elites is only minimally lower than that of political elites. Among frequentcoiners, the gap widens a bit more at still-low levels. So more than a distrust of politics, you seem to be united by a general distrust of elites.

What do you trust?

Finally, I wanted to know what you trust in. Are there differences here between frequentcoiners and maximalists? To some extent, yes, but the similarities outweigh the differences. The frequent coiners – of all people! – put Bitcoin first and math second, while it’s the other way around for maximalists. For both, we find the market in third place. So much for the similarities.

An interesting observation is that both maximalists and frequentcoiners deviate significantly from the answers of the population, where the family ended up in first place. After that, however, the differences begin. Maximalists place more trust in science and newspapers, while frequentcoiners place more trust in friends, family and the open source community. Thus we have another indication that frequentcoiners are more social people than maximalists, who trust their fellow human beings less than abstract entities.

However, one could also say maximalists trusted established institutions more, while frequentcoiners relied on more informal networks. Both agree to withdraw their trust from politics and television, but among Vielcoiners, newspapers still rank below politics. The erosion of trust in the institutions of our society seems to have progressed further among frequent coiners.

Admittedly, all these are shallow, weak, unprovable conjectures, delicate hints of something in reality. In order to strengthen them, one would have to specifically test the open questions and touched upon theses with questions. At least this survey does not do that.